Please explain this to me: AMD64 processor_architecture makes the IBM Connections updateinstaller fail

Just putting out this question to you guys.

I was at a customer trying to update IBM Connections from 3.0.1 to 3.0.1.1.
Running the "updateWizard.bat" failed. Did not start the java update program at all:

So after the batch script has finished, nothing happens and no error messages...

Downloaded and installed the newest updateinstaller did not help either.

So after going through the updateWizard.bat script in notepad, I noticed that there´s a check for the "processor_architecture" Windows system variable"x86" that sets the classpath which embeds the 32 bits jar files, and an "else" that embeds the 64 bits jar files.

The system variable for this machine is "AMD64", which means that the updateWizard.bat script should launch the 64 bits jar files. But they are not working.

Which in my opinion is weird, because Windows itself says it´s an intel processor, not AMD.... 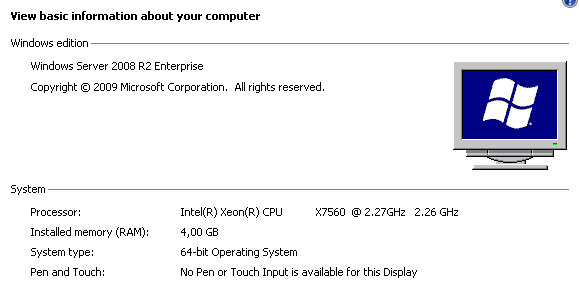 Which basically means that I now load the 32 bits jar files for all other processor_architectures that are not equal to "x86".

The update installer then launched without issues.

Can anyone, who knows hardware, tell me why AMD64 is shown as the "processor_architecture" in DOS?

It's because AMD created the AMD64 standard to extend the x86 instruction set to 64bit, and Intel had to buy the design. (I think)

Aha. I asked my friend (and everyone elses) Google and this came up:
http://www.tomshardware.com/forum/41900-63-intel-processor_architecture-amd64

Then IBM Connections should create a "fix" for this, if they haven´t already done so.