Sametime 9 - HyperV - strange NIC issue, plus MCU NIC name must be a specific one

I had a strange issue today. A customer with a ST9 environment I previously installed, had no audio/video capabilities all of a sudden.

After debugging the Media Manager parts I noticed that the MCU and VMGR server had restarted for some reason (probably some admin doing maintenance), but I was not able to ping them.

And after I set the manual ip-address, I did a reboot, and then "eth4" was now present...
But when doing a "ifconfig" on the server, only the recently added nic was listed.

Well, the reason was that the HyperV setting for the Ethernet card was set to "dynamic MAC address"!!! 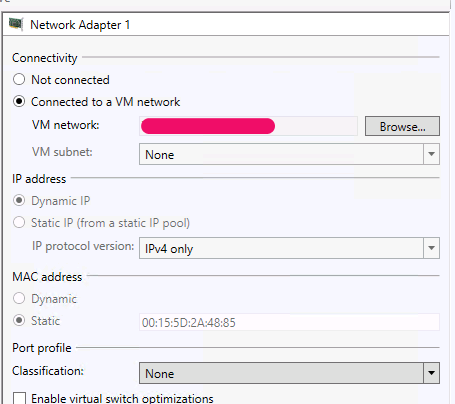 If you're not a hacker, who would benefit from having dynamic Mac addresses, one might wonder. So to me, the option to set dynamic mac addresses is strange.

So, I found the MAC address for the "eth0" ethernet card inside of my RHEL 6.4 server, and then set the HyperV nic to this address. I also removed the newly created nic´s, so that only "eth0" was present. Restarted and all was good. I had the static IP back.

Side note:
The new network cards were automatically using dhcp, and no dhcp server was in reach, so that's why the network connectivity did not work. And also, using dhcp (if I had a dhcp server) would have give the servers the wrong ip address, since DNS record has been set manually.


Any-hoot, the MCU server needs the NiC-name to be "eth0". It won't work with any other name. I don´t remember where I read this, but it´s not inside of the ST9 documentation at all. I probably read it in the ST9 beta community somewhere...

So do remember to have "eth0" as the nic name on the MCU server!! You can verify this name by doing an ordinary "ifconfig" command in the terminal. 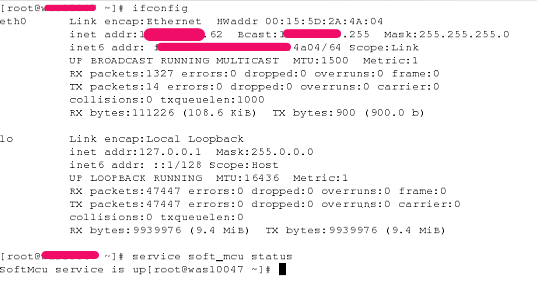 Actually, it is mentioned in the documentation, that you need a eth0.
From the Sametime Wiki, topic "Installing the Sametime Media Manager's Video MCU":

Yes, now it´s in the wiki! Finally :-) It sometimes takes a couple of pmrs for IBM to update the wiki, and now they have :-)

My bad. I checked the wiki now. There are 2 versions of the document, and the original version of the document actually says that ETH0 is needed. So that´s something I´ve overlooked and learned it the hard way :-( :-)